Where is the best source of early stage investment?

If you have been following our recent insights, you’ll be up to speed knowing that professional investors negotiate tough terms, from provisions of control over asset acquisition, eventual sale of the company, future investments, forced co-sale when others attempt to sell their shares and more.  And yet, in an earlier post, we spoke of the problems that come when taking unstructured investments from friends and family.  So how does the statement above fit into this sandwich of alternatives? 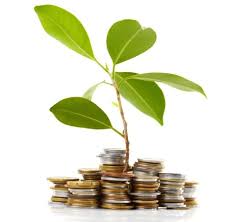 Trusted, close resources include sophisticated relatives, friends and business associates who know how to structure a deal as a win-win for you and for them, while allowing you to retain control over your vision and execution.  Their investment should be structured with the help of a good attorney who understands the mutual goal of maximum leverage of funds with minimum interference in your business decisions.

Remember the admonition that investment from such close sources carries an additional burden for you – to protect your investors and their investment as if they were your alter egos, offering money as if from your own pocket.  Such money should never be taken without clear understanding of the terms, whether a loan with a reasonable interest rate and strict repayment terms, or an investment valuing the company at an amount considered reasonable by a third-party professional, even if as a sanity check as opposed to an appraisal.  This money is personal, an investment in you as much or more than in your company.  The degree of care you take increases with the reduced distance between you and your investor.

[Email readers, continue here…]  My very first investment as a professional angel was in a small startup where the entrepreneur’s vision fueled my imagination in the audio market niche where I had run a business in an earlier life.  I was so enthusiastic that I coached the entrepreneur to approach his mother, who invested $50,000 under the same terms as my investment.   A small venture firm and a few more angels rounded out the total investment.  As the company grew and became profitable, it became more visible to others in the market niche.  Two of us who invested served on the board of the company, advising the first-time entrepreneur with our business and industry experience.  Several years later, with the approval of the board and entrepreneur, I was able to engage a very well-known potential acquirer of the business who offered an attractive price for the still-young but successful enterprise.

After weeks of negotiation, the entrepreneur suddenly disengaged, claiming that he was no longer interested in a sale of his company.  The rest of us were shocked and disappointed that after weeks of work and a fair price, we were left with nothing but to follow his lead and disengage.  Shortly thereafter, in a board meeting, I brought up the issue of starting to pay board members for service in cash or in stock options, typical for outside board members but rarely for investors.  The entrepreneur was angry, abusive, in his negative reaction to even bringing the issue to the board for a discussion.  Five years had passed from my original investment in what I now clearly perceived as investment into a lifestyle business, one where the entrepreneur had no interest in selling or sharing.  I resigned from the board on the spot and negotiated a sale of my stock to the entrepreneur at five times the earlier investment, a fair return for both, since the company was by then worth much more.  It is now years later, and his mother along with other early investors are still in the passive game, not likely to see liquidity from this mistaken investment in an entrepreneur unwilling to take money in exchange for the eventual promise of liquidity.

Why tell this story at all?  Mother is surely satisfied as a passive investor who probably would have given her son the money without structure.  The other investors are probably in the unhappy never land of not being able to see liquidity after a decade and unable to write off the investment as a loss for tax purposes.   This story would probably have ended in a lawsuit if a larger professional investor had been involved, since the entrepreneur did not follow the rules and seems to have no desire to do so.

Trust works both ways.  Take money from close resources, but treat it as if the responsibility is even greater to protect the investors and their money than from a professional.   These investors trust that you will do the right thing for them if at all able.

This entry was posted in General, Raising money. Bookmark the permalink.

7 Responses to Where is the best source of early stage investment?