Have you accidentally created a “power vacuum?”

Here’s a question to help you decide if you’re guilty.

How many times have you heard someone say, “Let’s do it now and ask permission later?” 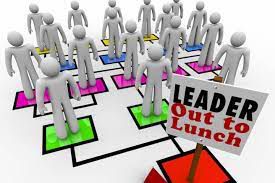 Have you done it in front of your cohort?  That’s a common practice in companies where there is a barrier between levels in the chain of command, or lack of communication between people who work together or even for you as a leader.  That statement represents a failing at some point in the delegation or communication chain, usually by a person at the upper level of management, and should be taken as a warning that there is a problem greater than the issue handled at the moment.

I’ve worked with organizations that are so large that extensive paperwork is required to obtain approvals to accept customer orders, make any purchases of any size, or any commitment of resources.  In every case, people try to stretch those restrictions in as many ways as possible to get around the time taken to complete forms and who expect to be lost in waiting for approvals.  It’s the “order prevention department” syndrome.

Why do subordinates do this knowingly?

Incomplete delegation of responsibilities, or controls that are too tight, both lead to a rationale for subordinates to circumvent the system.  The worst thing about this is that the people most likely to do this are those most entrepreneurial and creative in doing their jobs.  Conversely, those most likely to fall back and seek guidance, clarification and direction are those most subservient and least creative.

How about those who just assume power in a vacuum? 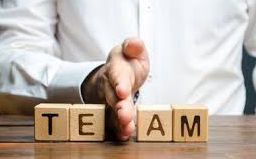 [Email readers, continue here…]   Middle managers sometimes identify those who assume power as non-conformists or even troublemakers. It is rare to ever see a dialog come out of such an event that leads to better defined delegation of responsibilities, removal of roadblocks, or relaxation of overly restrictive rules.

And the usual result?

More often such actions lead to reprimands without analysis of the underlying general cause.  And occasionally, the very creative, driven individuals you would otherwise celebrate are made candidates for elimination instead of catalysts for change.

This entry was posted in Finding your ideal niche, Surrounding yourself with talent. Bookmark the permalink.

1 Response to Have you accidentally created a “power vacuum?”