A tale of two CEO’s and the management of pain.

This is the tale of two CEOs, one of them unfortunately….me.

It’s a story of how people handle unusual situations when selling to the top – an executive of a prospective customer.  And the stories couldn’t be more different. 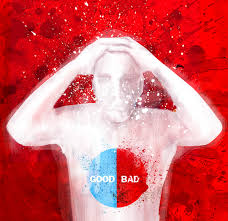 development and an executive of a major company, a candidate for a large sale.  As the dinner progressed, the prospect executive started, and then continued to excuse himself from the table, looking paler each time.  After several of these, upon his return, my CEO friend asked him if everything was OK.  He responded, like most of us would, that all was OK, and that he was having a bit of trouble breathing, would probably have to leave the dinner early, and drive home.

What would you do in this situation?

My CEO friend took one more look at the increasingly pale executive and went into decision mode.  “No, you aren’t fine,” she stated. “Give me your car keys; we’re going to the hospital.”  He reluctantly acquiesced, and she tended to him as her director drove all three to the hospital.  She had him call his wife on the way to meet them at the hospital.  As they waited in the emergency room, after more episodes, his breathing finally became easier, and by the time the doctor saw them, he could find nothing of worry, ruling out stroke or heart attack.

[Email readers, continue here…]   Our CEO then returned to the restaurant and met with the chef to have him list all the ingredients from the meal the executive was eating.  The problem was, as you guessed, an undiscovered food allergy, with a possible ambulance ride averted and a happy ending.   The executive even tells the story now that the CEO may have saved his life, because he was unwilling to own up to the fact that his breathing was so very difficult.

Now, I would not have been so fast to take charge.

Maybe it’s a guy thing.  I would have been thinking about the sales relationship and the sale, and would probably have let the guy drive home, acknowledging his discomfort, and ending the dinner early.

This leads me to my story.

Years ago, I was in the process of selling a software system worth more than $100,000 to a well-known baseball hero who owned his namesake hotel in St. Louis.  (His first name was Stan, for you baseball trivia fans.) Flying on the red eye to make a morning appointment, his hotel bus driver dropped me off in the dark a few feet beyond the lighted portico. I stepped off the van into… a recently dug pit about two feet deep and broke my foot in the fall.  What pain!  I tried to sleep in the room they gave me and managed to make it to the 10:00 AM meeting with the very well-known sports figure and sales candidate.  He saw me drag my leg into the conference room, made no comment, but asked if I would like a tour of the hotel.  “Of course,” I said, ignoring the pain and dragging my foot the entire way through the tour.

Well, I didn’t make the sale.

And I didn’t sue the hotel.  I was in selling mode and nothing was going to detract from my focus or reputation.  I sure was not admitting to the problem or seeking recourse for the obvious flagrant error by the hotel in not marking the excavation.

Well, I should have led the meeting with my story of woe to protect others.  The other CEO in this two-CEO story took charge, and made a friend of both the potential customer and his spouse, who she called as they drove to the hospital.

Is it a guy thing?  Is it conditioning us to put things in perspective regardless of the personal outcome, including a lost sale?  I think about these two examples now and have concluded that there are some traits of a great CEO that cannot be learned easily.  Putting others above self and sacrificing a short-term goal is not easy for a type ‘A’ driven entrepreneur when the stakes are high. But it is the right thing to do.

1 Response to A tale of two CEO’s and the management of pain.