Warning: Contractors must really be independent!

Our challenge is getting more difficult

How many of us have “hired” independent contractors over the years, a bit worried over the gray area between employee and contractor as defined by the IRS?  Or separately the State of California?  I’ve experienced the results of a wrong decision, and the IRS and state agencies are not forgiving in their pursuit of penalties, interest and most damaging, assessing a company with the on both employer and employee taxes when reclassifying the person as an employee.

IRS penalties for getting it wrong

Yes, that’s right. The company must pay the employee’s portion of the taxes (and penalties 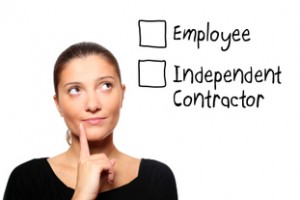 on these) as well as paying those they would have paid if the person were an employee.  That’s even more serious for today’s gig workers in California being attacked by the government requiring them to be reclassified as employees.

Here are the ten IRS tests 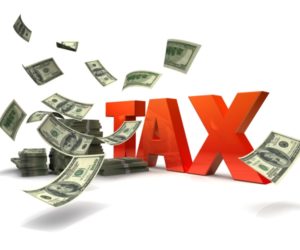 In California, there are still suits pending as of this writing as to whether app-based gig employees (think Door Dash, Lyft, Uber and many more) are really employees.  The state developed an “ABC Test” which has passed a State Supreme Court challenge:

B: The killer. The contractor cannot work for the core concept of the business.  Uber drivers state that they are doing just that, while the Company claims it is just a platform connecting drivers to riders.

C:  The contractor must establish an independent business.  That is hard for a Lyft driver who works only as a driver for that one company, or even one working for Uber and Lyft as some do.  This is one of the challenges courts will sort out.

Some ways around this for companies

There are more tests, but these are the ones most often used by the IRS.  States add a few of their own; so, beware.   Pay contractors using account payable systems, not payroll services.  Pay only upon receipt of invoices, not with regularly triggered checks or transfers of uniform amounts without invoice documents to back up the payments.

Many small or early stage company CEOs look for opportunities to cut cash drains, knowing that payroll is usually the greatest cash drain of all. The temptation to reduce that by fourteen percent or more by classifying a gray area employee as a contractor is very high.  And that includes self-payments to a founder.

Founders working for a company are employees if they take regular payments, subscribe to company benefits, attend regular company meetings, or fail any of the tests above.  The temptation to just draw cash and call it a loan or document a year’s withdrawals with a 1099 is great, but highly risky.

The danger of an IRS tax bill reaching back years

There is nothing worse than a large tax bill and threats of a government agency seizing a cash account when a company cannot or does not respond with proper documentation or payment.  And even a single year’s worth of transgressions, when added into a single tax bill with penalties and interest, can appear daunting to small and young companies.

Like payment of payroll taxes by incremental impound each pay period, as opposed to waiting until the last minute and making manual tax payments, it is a proper discipline of management to “take the hit” incrementally to protect the business from a catastrophic failure to pay a governmental agency any form of tax when and as due.   Need we emphasize the personal liability of management AND the board of directors attached to tax payments?

Good management takes discipline and enough knowledge to prevent these possibly crippling errors in judgment that stem from decisions made to avoid or put off tax payments when accrued or due.

5 Responses to Warning: Contractors must really be independent!