Some thoughts about office politics

It is hard to separate this kind of advice from economic lessons in running a business, when office politics can threaten a business in ways that are subtle, but sometimes just as devastating as economic shocks or continuing poor management. 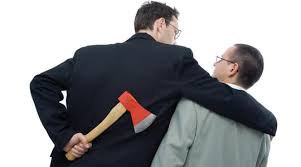 become a Petri dish for office politics.  It may be human nature to attempt to gain the good graces of one’s superior in the work place.  But it is a perverse form of human nature to do so at the expense of others.  Some employees disrupt a business intentionally in order to gain attention and an advantage over fellow employees.

Personal agendas in the workplace?

The power of being a manager 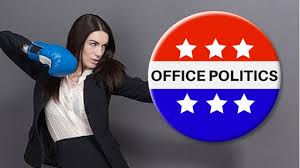 A boss has power that person doesn’t often realize s/he has, when viewed from the lens of a subordinate.  That power becomes perverse when a boss takes a side in any disagreement that is personal as opposed to business-problem oriented.  The result is almost always hurt, frustration and anger from the party on the wrong end of such manager reinforcement, and a loss of work time and certainly good will toward the organization and toward management itself.

How to handle it

To set the example by stopping the personal attack, refocusing the parties on productive work and moving on is to state by your words and actions that you will not tolerate such behavior in the workplace.  To ignore such action when observed is to allow one person or a small group to undermine the organization in subtle steps that can only increase in size and effect.

Worse yet, to take a side in a personal dispute is to reduce your authority and alienate one person or group and reinforce bad behavior.

This entry was posted in Depending upon others, General, Protecting the business, Surrounding yourself with talent. Bookmark the permalink.

5 Responses to Some thoughts about office politics