I sat in my own safety net while weaving it.

Editor’s note: Berni Jubb was an Inc.500 entrepreneur, after years as a senior marketing manager of a large computer company.  He regained his senses, and now runs a small resort and restaurant in Costa Rica.

…never started, nor did my fifth or sixth.  My desire to run something stirred inside me early in life, but the first real entrepreneurial adventure finally took hold after a lot of failed experiments.  Each one had a steep learning curve.  And all were missing a key ingredient or two.  One thing, though, that never bothers an entrepreneur is fear of the unknown.

The good thing was that I had a certain ability to see ahead of the obvious horizon so I could often find resources we didn’t have, and grasp those issues we knew we didn’t know about.  It is not today’s idea that makes the business a success, it is tomorrow’s.  It is not today’s screw up that really messes up your business but the one yesterday that you didn’t know about.

I digress for a moment with a business lesson direct from the hand of our mentor at the time, Mister Berkus himself.  I was asked to explain my issue at a CEO round table for one of Dave’s membership groups.  The date of the round table happened to coincide with the 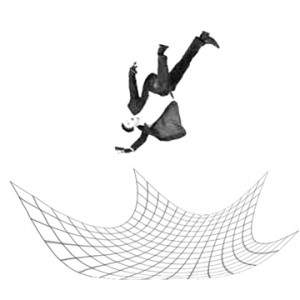 clearing up of the remains of a nasty event that caused my company to teeter on the edge of bankruptcy.  Of course it wasn’t just one event that was the cause, as you might guess.  It was mismanagement that caused the event – rapid growth and the simultaneous realization by our big vendors that we had grown faster than our ability to pay.

[Email readers, continue here…] The notorious credit crunch, as Wikipedia puts it succinctly “is often caused by a sustained period of careless and inappropriate lending which results in losses for lending institutions and investors in debt when the loans turn sour and the full extent of bad debts becomes known.”  Ouch!

We thought we had a friendly banker as a lifeboat.  But the creditors and our bank somehow realized our “growth problem” all at about the same time, and when we went to use our bank line of credit, the bank told us we had blown it and the line was withheld.  Our suppliers had been careless lenders – and we had been careless borrowers of their credit.  The bank just sent us … condolences.  We missed all the signals. And we were one of the twenty-five fastest growing companies in the INC.500 list at that time. Double ouch!

In three weeks of fast restructuring of our credit, tamping down our growth, reworking our marketing plan, repairing our inventories, calming down our vendors, working with our bigger customers (i.e. fixing everything),  we saved the company, and the bank pitched in to support our new plan.  The post mortem occurred at Dave’s round table a month later.  I will always remember Dave’s observation when I smugly concluded with “we know how to deal with this kind of thing now.”  He snarled across the table with a knowing smile  . . .  something like “It won’t be this Pink Elephant that will sit on you again.”  These days I always have an eagle eye out for unknown Pink, Purple or Magenta Elephants waiting to trample on something I haven’t thought of or experienced yet.

But how do you see these things before they hit you?  What kinds of detectors are available to avoid these things?  You can’t stop an entrepreneur from starting a new business or activity that is viewed as hopelessly stupid by detractors – and merely insane by close relatives.  As an entrepreneur, you have a genetic problem.  The bomb disposal guy in The Hurt Locker comes to mind.

Entrepreneurs often crash headlong into these nasty, often dangerous and sometimes exhilarating experiences.  I posit that in fact entrepreneurs sometimes tempt fate to get off on the experience – tread close to the edge to keep the fire inside burning.  They sometimes don’t care; they are often reckless adventurers.  Or as one of the richest guys in the world is quoted as saying, “A real entrepreneur is somebody who has no safety net underneath him.”

The problem is that we weave that safety net even as we sit in it, making the job doubly difficult.

This entry was posted in Finding your ideal niche, Hedging against downturns, Protecting the business. Bookmark the permalink.

2 Responses to I sat in my own safety net while weaving it.