Investors sometimes join into investment rounds that have been pre–negotiated by others, 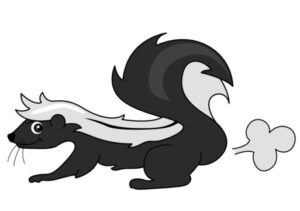 receiving the paperwork already created by attorneys from that negotiation.  It is not uncommon for a sharp investor to discover a “stinky” clause or two in such agreements when reading them in preparation for signing.  Bill Payne came across just such a stinky clause in a deal we both were joining as investors late in the process.

Can you change a deal if not the lead investor?

Changing the deal that late in the game is nearly impossible, after other investors have already completed their documents and the deal is supposedly put to bed.  So, what does the latest tag–along investor do?

You can tell from the title of this insight that the usual result is to passively sign while holding the nose, a trick perfected by experienced investors suffering this malady not for the first time.

But what if the principals find this at the last minute?

What if it is the company attorney or entrepreneur that finds the stinky clause so very late in the game?  How do you confront the investors who have already agreed to terms and even perhaps signed their documents?  Is it worth risking the deal to negotiate a late change during the equivalent of the ninth inning?

Here’s the test to use if you are impacted.

[Email readers, continue here…]   The answer is obviously in the importance of the issue to the person discovering it.  In most cases, the probability of whatever the clause being triggered sometime in the future is slight, and therefore the risk remote.  So, it is a bet against the event made with chance on your side.

Watch out for what might be a future challenge. 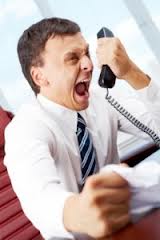 Then again, it is those improbable future events that end up causing lawsuits years later, often just because a party to an agreement did not understand the implication of a clause or even a document.  We hire attorneys precisely to help us prevent future conflict by resolving issues before they happen.

So, how do most of us respond to a stinky clause?

Most of us will let the matter slip and sign while holding our nose, a feat in itself (holding the nose, paper and pen at the same time).  Some of us will pass on the deal rather than confront the issue, especially if it is an important one to the late signer.  And that often happens when just such an issue has bitten the candidate investor in some past deal, making the likelihood of such negative reaction higher with sophisticated, long- time investors.

Maybe there are skunks in the woods that don’t even know they smell.  Or maybe there are targets in the woods without the capacity to even catch the odor of a bad negotiation or deal documentation.  Either way, there are risks in deals we sometimes never catch – that later catch up to us in the most surprising places and times.

This entry was posted in Raising money. Bookmark the permalink.