Why would you ever “fire yourself?”

To start: “new source of energy” and “new ideas.”

When a new CEO or manager is hired into a company, for a while lots of energy flows from 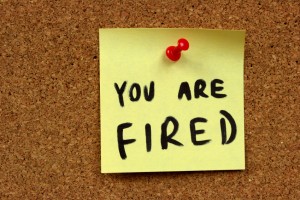 the top and new ideas seem to be generated daily.  It is one reason not to fear the unknown when upper-level management long in place turns over, often leaving most everyone worried about the future of the company and for their own prospects.

Even the best of us falls into a routine in our jobs.

It is human nature to do so, but it is not a sign of our best efforts.  We recall the enthusiasm we had for the job earlier, how we couldn’t wait to get to work, or initiate a new plan, or share a new idea.  We can be that person again.  It just takes a bit of effort to change our mindset.

We may run out of fresh ideas after a time; most of us do.  But there are sources of great ideas right next to us in our own company, or available to us from fellow CEOs, or from industry consultants with a broader view of the landscape, uninhibited by our need to meet daily obligations.

A favorite story about such a CEO

[Email readers, continue here…]   One of my most respected CEO friends arrived at his monthly CEO roundtable meeting years ago and announced that he had just fired himself.  He had reconfigured the company, delegating many of his previous responsibilities, and rehired himself in a new position more strategic to the company, retaining the CEO title.  It was an attitude adjustment, self-initiated. He credits that effort as the start of his company’s real growth, resulting in a great public company, dominant in his field.

Creating a new perspective to guide the future 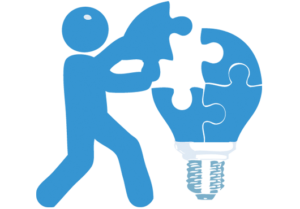 Another CEO described how he drove to work each Monday morning forcing himself to think of what he would do if he were a newly hired CEO, fresh on the job that day.  He surprised himself with his many fresh ideas, just with that change of perspective.

However you do it, refresh yourself.  Be that new CEO – but with all the knowledge and skills you already have as a head start.

2 Responses to Why would you ever “fire yourself?”