Are you being watched at work?

Your past and present experiences 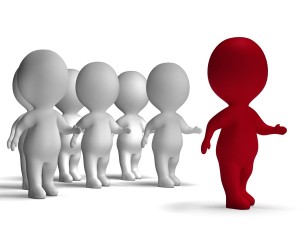 Ever had a manager above you who said one thing and did another?  At least once?  Or in a pattern of repeats?  Well, you’re not alone.  Did you think less of that person for it?  Would you follow that manager to the ends of the earth?  Well, almost everyone has had multiple such experiences with a senior manager.  And most people think less of that person than before.

On the other hand…

On the other hand, think of the professional you most admire.  Do you know of any times that person has made promises to you and missed on delivering them?  The difference comes down to trust and respect.  We lose both when we catch someone, especially someone above us, acting differently than his or her self-proclaimed rules, or even violating company rules.

Does rank really have its privileges?

It is one of the most vital elements of good management – restraining oneself when rank would ordinarily grant special privilege, and instead acting as one would expect a subordinate to act. 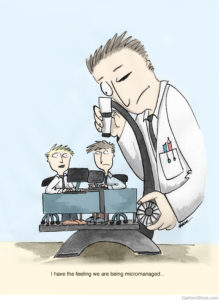 home, using company time to perform personal duties (if not permitted), and even traveling business class at company expense on short trips.  Larger and more important examples involve direct promises that are broken, such as review dates with implied raises, or promised follow-through on an issue of great urgency to person receiving the promise.

Everything you do as a manager is watched by one or many.  The very culture of the enterprise is shaken when someone in power gets away with bending or breaking the rules expected to be adhered to by all.  Why have rules, or a company handbook, or new employee orientation sessions if the actions don’t match the words?

And once violated, it is almost impossible to retract the action.  That should make us think twice before taking small liberties.

1 Response to Are you being watched at work?