Some great coaches are younger than you are.

Especially for social media-based businesses, we all need to recalibrate our thinking about who is the teacher and who is the student.  There is nothing wrong with a manager slowing a conversation to ask for more background when speaking to an often-younger and more involved associate.  You know what I mean… The conversation goes something like this: “We found it on x site and using y app with z as our data object.”

Does a manager need to know every detail?

First, managers could not be paid enough or have enough time to stay entirely current 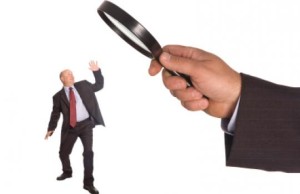 with all the details each employee or associate deals with daily.  Yet, many times that other person tries to explain an important finding or breakthrough, or make a significant comparison, using names of destination sites or apps or tools we have never used or heard of.

Does manager age play into it?

Yes, age often has something to do with it.  And occasionally, a manager has to work to join the club by trying new things, learning new tasks and using new language to relate to those already in the know.

My story of learning to be comfortable as an “adult” manager.

[Email readers, continue here…]   I recall vividly one such “adult” experience.  I helped to found an Internet game company, playing the role of founding investor, chairman and even temporary CFO.  The company was destined to grow into a large, very valuable enterprise that we sold for many, many times our investment.  But that first day with the new employees was a test for me.  Many years older than any of them, their initiation was to insist that I spend no less than forty-five minutes playing for the first-time first-person shooter games against Internet-based foes.  I had to acknowledge the difficulty of achieving high degrees of skill, and the size and terminology of the extended gamer community.  But most of all, I had to gain acceptance as “one of us” in an environment where my CEO coaching and my money did not count.

Is about respect or knowledge?

That was a lesson for me.  Taking the time to be taught by those able to master a skill or have extra knowledge is an important step to show respect for everyone at all levels in an organization.  And that respect flows in both directions, worth so much more than the time it takes to learn a skill or terminology or meaning.