Don’t get hung up on early stage valuation. 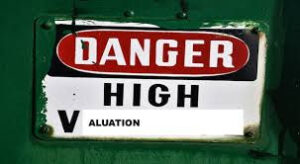 insists on a start-up pre-money valuation that is so high, no angel could expect to make a return upon the investment, even with a reasonable sales price for the company down the road.

There is always another attractive deal at the ready, and most have reasonable expectations of valuation.  Why fight about valuation, or disappoint the founder at the outset?  The real focus should be on smart planning, finding ways to launch and build the business with smart but frugal use of money.

More of my stories

Let me tell you two stories that are linked.  The first is of a 2004 startup that I cofounded and led the investment group for several early rounds, then VC rounds. The company had grown to forty employees and a healthy eight figure gross revenue run rate but has absorbed over $36 million of angel and VC money to do so, and without yet reaching breakeven.

[Email readers, continue here…]   The second story involves the same founder.  This one is using outsourced development, support, outsourced customer relations and more.  The total capital raise was under $600,000, and the founder retains majority control of his baby through this and even one optional future round.

For the first, company, the founder’s remaining portion is under 4% after all the 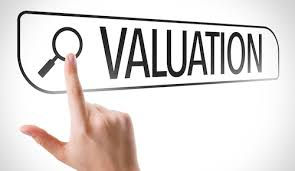 subsequent rounds, and not yet at breakeven. The second company, with the same founder, finds him with majority control even if the original raise is not enough.  For the founder to see any return at all in the first company, the ultimate selling price must be above $40 million.  In the second company, better planned, the founder would be made pleasantly wealthy at a selling price of $10 million.  The chances of the latter occurring are much greater than the former.  This founder was not hung up on valuation for the second company, just upon efficient use of capital.

This entry was posted in General, Ignition! Starting up, Raising money. Bookmark the permalink.

1 Response to Don’t get hung up on early stage valuation.