What use is an investment banker?

Many CEOs have asked me if I felt an investment banker adds value if the buyer has already been identified. 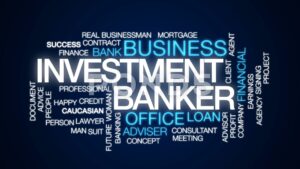 containing considerable information about a company to help a buyer.  Deal books are expensive to create.  If you have a data room already, all the better.

Other investment bankers insist that the company create competition for a deal, even if the buyer has already submitted a letter of interest to the seller.    Competition opens the deal to more public access, slows the deal and could give competitors wind of an otherwise confidential process.  And yet, it is almost universally acknowledged that without competition for a deal, the price will be lower, sometimes much lower.

Then there is the question of fees.

For small deals, an investment banker will ask as much as ten percent, although the average is slightly above half that.  For larger deals, expect the fee to start at five percent and scale downward with size.  And expect the investment banker to ask for an advance against expenses of at least $20,000 or much more with larger deals, with any unexpended funds not to be refunded.  If a buyer is already in hand, many will work for far less in percentage fees, and even in advances, because much of their work is done at that point.

An unexplained conflict of interest

[Email readers, continue here…]   And there is the question of whether an investment banker has a personal agenda to get a deal done in minimum time, even if the proceeds to the seller are less than could have been expected.  Is there any conflict of interest?  Is this not a parallel to the question of a real estate agent who cares little about that last five or ten percent of the purchase price, if it would kill a deal or slow its close, since the agent’s  commission amount is only a fraction of that difference?

How about the corporate attorney guiding a deal?

And finally, could not the corporate attorney do just as good a job of negotiating a great deal for the seller, and do it for hourly rates instead of a percent of the transaction?

In my experience, the answer is… 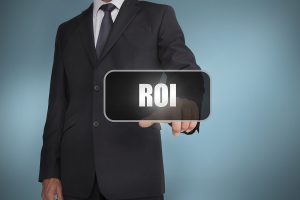 My experience is that good investment bankers do add significant value to a deal in most cases, easily earning multiples of their fee by increasing competition, upping the price, and finding areas for extra value that the seller did not think of.   Good investment bankers work with your attorney to structure the deal, help the seller to see more of the value hidden in the candidate seller, and increase the sense of urgency to close the deal among all parties.

Insulating the CEO and team as negotiations get tough

Perhaps most of all, a good investment banker will insulate the seller CEO against the anger and ire of the buyer during the process that always accompanies stressful negotiations or issues revolving around the seller CEO’s continuing employment contract.  Imagine you’re fighting with the buyer CEO about your expected salary and benefits during a transition period to follow, expecting to work harmoniously with that CEO after all the tension and conflicts during the negotiation of the deal.

And imagine having that buffer in the form of the investment banker arguing on your behalf while you sit silently, giving up little or no good will during the maelstrom around you.

Presented with these mental pictures and the recommendations from so many of us that have done deals with and without investment bankers, you may lean toward interviewing a group of your industry’s best for the size of your deal, and being convinced that creating such a team is a good investment.

This entry was posted in The liquidity event and beyond. Bookmark the permalink.

4 Responses to What use is an investment banker?