Reduce the emotion; reduce the threat of lawsuit.

You’ve certainly experienced the angry outburst from an associate or employee who has just learned of an event that the person took as “unfair,” no matter how rational the explanation by the decision maker.

Most emotional responses to decisions in business are generated not because the person making the response feels the decision was unwise, but rather unfair.

Part of the cultural fabric of your business

So, enter the “Fairness Doctrine,” as a stated element in the cultural fabric of business. 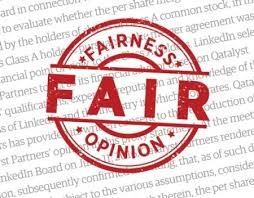 Simply stated, a decision or action that affects an individual must be made with consideration of the affected individual’s view of the fairness of that decision. This doctrine is a variant of “do unto others” but with a twist. The recipient of the decision in this case usually has little opportunity to respond in kind (“as you would have them do unto you”). It is this frustration coupled with the simple outcry of “That’s not fair!” – that can affect the culture of a company in ways never considered by the original decision-maker.

Why do many people sue?

People sue others and their companies usually because they feel emotionally that they have been treated unfairly, not just because they were affected financially.

Some examples of “unfair treatment”

[Email readers, continue here…]   Firing a person considered a key associate without any advance warnings or public revelation for the reason, such as the need to consolidate or downsize, is a good example of setting up such a groundswell of accusations of unfair treatment. Public dressing down of an employee in front of associates is inhumane and often generates a negative response from all who witness or hear of the action. Closing a highly effective department, shutting down a marginal company, canceling a promising project all are good examples of management setting up a visceral response of “unfair” among those affected.

Preserving the dignity of the individual

I have often addressed the issue of maintaining the dignity of the individual in a business environment. The two are linked: the fairness doctrine and treatment of an individual with dignity, no matter how distasteful the decision implemented.

A solution to the problem 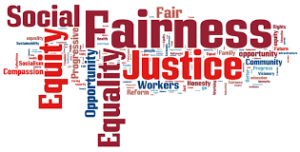 So, my advice is to take the time to establish the reasons for pending actions – if not in an emergency environment. Speak privately to employees who are in danger of being fired, documenting the discussion to the employee’s file. Open up to the general group with facts that might later affect them, even at the risk of losing one or more to a hunt for a new job. Most employees and associates, treated with respect and dignity, will respond with understanding and lose the emotion that might have accompanied receiving the later news of a negative event.

In fact, many times over the years, I have seen whole companies rise to new levels of efficiency, creativity, and sense of urgency when informed of the alternatives being considered by a board or management.

Sharing the dilemmas of management

At the risk of losing talent not targeted, it is only fair to treat people as intelligent beings capable of understanding the dilemmas faced by management, and sometimes able to find solutions to problems not seen by those in control.

1 Response to Remember the FAIRNESS doctrine