Should a leader support constant change? 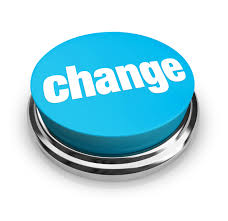 The worrying that always precedes a change

When a new CEO or manager is hired into a company, for a while lots of energy flows from the top and new ideas seem to be generated daily.  It is one reason not to fear the unknown when upper level management long in place turns over, often leaving most everyone worrying over how they’ll ever do without their lost leader.

Reversion to the mean: Momentum lost?

The problem seems to come after everyone settles back into some sort of normalcy and the new senior manager becomes comfortable in his or her position.  There is a natural momentum in most companies, one that is usually slow and deliberate.  New ideas are vetted carefully, run by a number of departments, considered from many angles and implemented with deliberation. The temporary enthusiasm for cutting through the old way of doing things calms employees into an acceptance that little has changed over time.

New leadership in a well-oiled machine

The real opportunity for a leader to raise the bar is in the consistency of his or her vision and willingness to accept change for the benefit of the organization.  This is true especially when the company is making its numbers and problems are few.  There is nothing wrong with consistency. It brings a normalcy to everyone’s jobs that most people welcome.  But that normalcy often comes inside a creative vacuum.  Competitors often jump into holes created by slowing innovation.

Story about a leader unwilling to accept complacency

[Email readers, continue here…]   I’ve told the story about Bill Conlin before, but it is worth repeating.  Bill was the CEO of CalComp, a Lockheed company.  Most every Monday morning as he drove to work, he’d force himself to think: “What if this was my first day on the job, and I could make changes without worrying over the past?”  Bill’s managers feared those Mondays they say, because that hard-driving enthusiasm for change, for excellence, was like a lightning bolt upsetting the old way on occasion and bringing fresh ideas to the front for consideration and execution.

The comfort of routine – a management trap

How many of us fall into the comfortable routines of management, thinking that we have this job down to a science, with the operation running smoothly and without need for much intervention?  How many of us have fallen a few notches on the excellence scale over time, accepting our environment as of the last change, happy with ourselves for past achievements toward upping the enterprise?

Accept the “Conlin” challenge: Disrupt yourself

What would you do if you were new at the job and had no restriction upon the changes you could make for the good of the company?  Is there redundancy in levels of management that you’ve tolerated too long?  Has the product or service not gained ground against its competitors of late?  Are you sure of your marketing and pricing positioning? What about the training and competency of your operational staff?

Want to reinvigorate yourself in your job?  Make next Monday morning’s drive a creative thinking exercise in upping your game in your personal fight for excellence.

3 Responses to Should a leader support constant change?