Investors, your board, and you: Who controls strategy?

You’re building a company from your vision and a passion, and lots of people are going to tell you that you have this or that wrong, and that it just won’t work.

The truth is that very, very few early business plans survive in a form completely 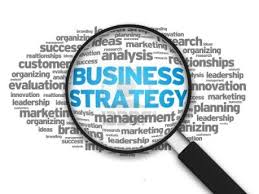 recognizable when looking back a few years.  But even with massive changes, the vision and passion usually don’t diminish in the process of morphing a business plan into a profitable business.

Are investors smarter than you?

Investors will invariably try to tell you that they know much more about the “how to” than you do, and that you should listen to them.  And because you need their money, the temptation is to listen a bit too well, and take all of the advice thrown at you during your presentations and during due diligence and finally from the vantage point of a board seat.  A good entrepreneur-turned-CEO listens, takes it all in, responds with reason, and stands up for what s/he believes for the parts that matter most.  It is good to listen.  And it is better to assimilate the best suggestions into your cake as you bake it.

How to respond to “change the course” suggestions

[Email readers, continue here…]  But there is a limit, a point where your gut is more important than your ear.  If you reach that point with suggestions from these people trying to help, think carefully about how to respond, whether with facts, instinct or support from others.  Make your case for staying the course.  Remember the same passion you demonstrated when you first attracted these well-meaning helpers.  And push back.  Some investors may drop out if you are in the pre-funding stage. But they are not the ones whose support you would later want.  Some board members may show dismay.  But most often, a good case made with passion wins the day and unites the group to move forward.

A personal story to illustrate the point

I was chairman of an excellent company where I had led the deal, attracting angel investors through several rounds as the company grew to a breakeven with over four million dollars of gross revenues.  We then sought and received a venture investment from

a top tier Silicon Valley VC firm, whose partner came onto the board.  After several months on the board, he spoke up. “I don’t like the niche we’re in. It will never grow enough to make this a valuable company. Forget this niche and turn the battleship. Let’s go after the Fortune 50.”  “But that’s walking away from an industry where we are #2, growing nicely and already becoming profitable,” the CEO responded.

“Don’t worry. We’ll be there in six months when you run out of money with your new R&D focus”, the VC board member replied.  The rest of the board, including myself, went along with this because, as I’ve stated often, “The last money in has the first say.”

The shocking end to the story

Can you guess the end to the story?  Six months later, the company ran out of cash, as planned, when ceasing to focus on the original niche. And the VC firm’s partners voted not to fund the restarted venture.  A good company, in a fine industry, ended up being dismantled just to repay the bank loan. No investors received anything. And the rest of us just shook our collective heads.  No one stood up to the VC board member, even though all of us heard but ignored our respective gut responses pushing back, as we remained silent.

And the lessons learned too late by the board and founder

It is years later, and the memory of that failure to push back remains fresh for me and

He did not.  Now, with that lesson firmly behind, I often remind members of a board when in a situation where someone on the board pushes to change the plan that the vision of the founder ignited us to bring us together.  If we believe we have a better idea, we should convince the founder and the rest of the board that we have strong beliefs that dispute the current plan.  But we should not be so loud as to drown out those other voices – you know – the ones from the gut and that of the founder’s dream.

This entry was posted in Depending upon others, Finding your ideal niche, Positioning. Bookmark the permalink.

2 Responses to Investors, your board, and you: Who controls strategy?