Risk, insanity, and the 50% startup rule

Fifty percent of all businesses formed fail within the first two years.

There are many variations of this number since there are a number of ways to measure failure.  But the number is a startling reminder that creating a business is not easy, nor is it any assurance of success.

How to define “success” for a startup?

After speaking with many entrepreneurs over the years, each defines success in his or her 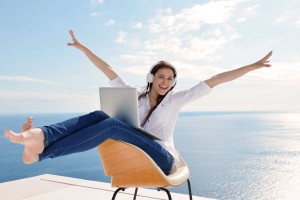 unique way.  To some, it is independence from the dictates of a boss who doesn’t appreciate that person’s talent, foresight, or abilities.  To some it is financial security, building a base of wealth created from the increased value of the enterprise at the end point of sale or at an IPO.  To others, it is simply a way to express a talent for art, cooking, consulting, management, development or more.

Vision, risk and capital, oh my!

Everyone has a vision when starting a business.  And few think of the risks that increase over time as initial capital is expended.  We all see the examples of well-known successful entrepreneurs, many in our chosen field, who achieve success by anyone’s measure, and we optimistically expect to emulate these role models with at least some level of success.

Can you take the risk?

[Email readers, continue here…]   The best advice to anyone considering this course of action is to measure one’s ability to take the risk.  That ability varies with economic status, age, responsibility to family, and more.  If there is enough freedom to make that leap, then the journey can more safely begin.  If not, there are alternatives, such as raising initial capital from friends and family, before leaving the life boat of a present job.

Some say that taking the leap, burning the bridges, the life boats – or whatever security is left behind – forces the entrepreneur to focus like never before and succeed because there is no alternative.  Although investors may respect that bold a move, it is so dangerously risky as to be a bit insane.  Then again, with the fifty percent rule, aren’t all entrepreneurs a bit insane to start?

This entry was posted in Ignition! Starting up. Bookmark the permalink.

2 Responses to Risk, insanity, and the 50% startup rule