Can a revolutionary concept be too late to market?

Too many startup businesses, especially in the technology world, are built upon brand new concepts that have not yet been proven in the field against products from other companies that already have revenues flowing.

As a rule, creating a product that does not fit into an existing space, cannot be defined 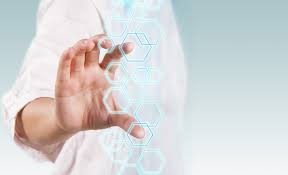 against one or more competitors, or which needs a long description to understand, will require considerably more market research,  more marketing capital, and entail much more risk than one that follows an existing trend, even if an emerging one.

Flying against the prevailing winds

I’ve often used the analogy of “flying against the prevailing winds” to prove this point.  A pilot flying with the wind behind is helped by the speed of the wind and uses less fuel and less time to make it to the destination.  One flying into the wind uses double the difference in both fuel (money) and time.

For example, a 100-knot plane flying into a 50-knot headwind and using 8 gallons of fuel per hour uses double the fuel, (16 gallons) and takes twice as long to the destination as with no wind.  If flying with the winds behind, the flight takes 66% of the fuel and gets to the destination is two thirds of the time as if with no winds.

A valuable lesson from aviation for entrepreneurs

That’s a valuable lesson.  If others have created awareness of the market, you need only compare yourself favorably to those companies.  If the market is moving quickly toward your class of product or service, you may be able to gain a piece just by being there at the right time with the right product or service.

[Email readers, continue here…]  Either way, very few startups can afford to forge new markets or create a product that does not fit into an existing class of increasing demand.

I have often told the story of a company I financed and helped to found, back in the days of 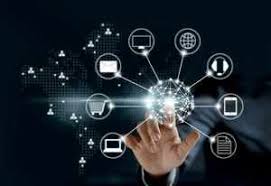 analog cell phones.  People could not easily or cheaply carry their analog cell phones from city to city, often having no service or having to pay a dollar a minute for roaming service.  Our company developed a unique product for hotels that allowed a guest to use a local cell phone provided by the hotel and make calls as if in the room even while traveling through the city, and to remotely receive calls made to the room phone in the hotel.

The problem was that our company did not see far enough ahead to know that digital cell phones and roaming plans were right around the corner.  When they arrived, our expensive phone switches and analog phones were almost immediately obsoleted, as travelers quickly bought digital cell phones with roaming plans.  The company had to take back all of its equipment at the end of each hotel’s lease and went out of business as a result.

The question to ask: Didn’t anyone know or have a friend who knew of the development and subsequent release of digital cell phones in the two years before they became a reality?  Certainly there were resources available to point the company toward the information.  The market was moving in the opposite direction from the company, and the company paid the ultimate price.

Fly with, not against the prevailing winds of change.  A revolutionary concept may be set to change an industry that is already primed to jump a generation, leaving your creation isolated between the past and future.  Market research is critical, even with revolutionary products or concepts.

2 Responses to Can a revolutionary concept be too late to market?