What two words are most valuable for your business planning?

One of the most valuable tools in an executive’s arsenal is the use of the question chain in planning meetings or to analyze scenarios that might result from an action.  The powerful words are “What if…” followed by an ever-deeper question that follows the possible results of an action, or a decision based upon the last “What if” question.

The beauty of the method 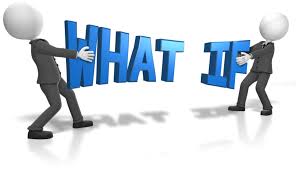 much more deeply than during the development process, unveiling many possible consequences to be considered before implementation of an idea or project.  When I use this technique, invariably the person on the other side of the question will at some point state, “I didn’t think of that.”

In a recent CEO roundtable, the executives discussed their experiences with the question chain.  Several had revealing things to say about their experiences.  One stated that he asked “what if” the U.S. dollar was to sink in value during the life of the foreign transaction.  The subordinate had not thought of this carefully enough and had no protections built into the agreement or any strategies to hedge currencies.  The net cost of such a failure to pre-think this event would have been in the millions, stated the CEO, but were successfully hedged against just as the dollar declined. 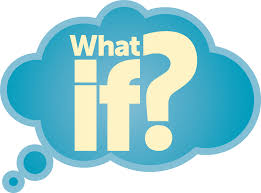 [Email readers, continue here…] Another CEO in the group offered his experience with the question chain relative to the availability of isotopes for his company’s medical instrument customers in the event of political turmoil in the countries where the nuclear material was exported.  As a result, his was the only company among the competition to continue to service his medical industry customers when just such an event occurred.

Use these often in your work

“What if” are two very powerful words when used together.  Use them more frequently as you manage your enterprise, not matter at what level you manage.

1 Response to What two words are most valuable for your business planning?