Have you made the mistake of hiring too soon?

Well, you may not be alone. Many executives and managers have made the mistake of using the financial and sales forecast to plan and execute hiring of new employees – so that they could be trained and up to speed when the demand arrives.

The balance between preparedness and cost 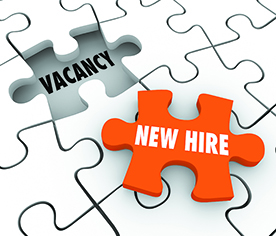 become economic contributors to the bottom line, there is much to be said about consistent or improved service quality by having trained employees already on the front line when the customers want and need them.

Perhaps it all depends upon how you want to deploy available cash during good times.  We’ll assume that you don’t have the freedom to do so when cash is tight.

Hiring when growth is steady or if unpredictable

So, there are periods in any economy or industry segment when growth seems steady and there are few warning flags ahead.  In such instances, it is much less risky for a company to execute its plans for spending in coordination with forecast revenues.

[Email readers, continue here…] But there are many more times in which the near-term future is far less predictable, and when early hiring decisions may be just the wrong move, reducing flexibility and reducing reserve resources.  It is during such more common times, that you should consider using temporary employees to fill demand as needed, even if brought aboard a bit early for pre-training.  And increasingly, there are off shore service providers able to contribute to production and service, expanding and contracting at will, with some sacrifice in control and sometimes in quality.

Your reputation with your employees at risk 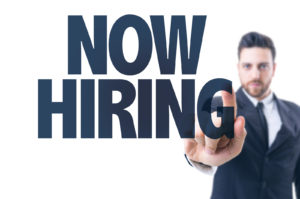 Further, a company suffers in its reputation with its employees when hiring and firing in short cycles to meet short term needs, unless those brought aboard are hired as temporary or seasonal workers.  Every employee wants a stable work environment and does his or her best work in a culture of mutual trust as to continued service as a reward for good work.  Constant interruptions in the chain of command, changes within the ranks and threats of impending layoffs together combine to form one of the greatest impediments to efficiency and a strong corporate culture.

1 Response to Have you made the mistake of hiring too soon?