The 18-month rule and a harrowing tale

It can take 18 months from initial concern about a critical employee to getting a replacement up to speed.

Of course, I’ll tell another harrowing story here. But first. an old friend, Dick Tanaka, gets credit for the 18-month rule.  He observed that the process we follow to be humane in our handling of under-performing employees, manage the risk of future lawsuit, finally then move to separate the employee, define the open position, recruit the candidate, train the new hire and count the new hire as up to speed in the job can take all of eighteen months.

The costs for a failed hire and underperformance 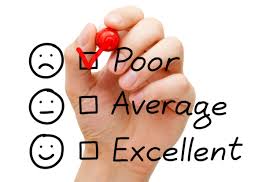 That is a shock in so many ways. First, the costs for under-performance are both tangible and intangible, with lost revenues, lost opportunities, lost savings and loss of productivity from low employee morale difficult to estimate.  There are those in the recruiting industry that have attempted to do so and depending upon the size of the company and the position replaced, seeming to settle upon astronomical lost costs that overwhelm most of our ability to understand.  All of us will admit that, looking back at a failed employee hire, the costs were well beyond the payroll cost for the individual.

How about senior managers no longer at speed? 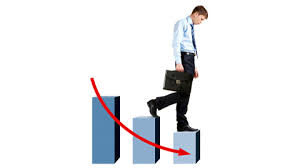 Perhaps this is a good time to speak about senior managers that are well-entrenched in the organization but are under-performers because the organization has passed their ability or span of control.  It is important to note the trauma of separating an old friend or close associate, or even a family member.  There are few good rules for conduct in these instances, other than honesty in pointing out the problems, and doing everything possible to preserve the individual’s dignity.

A personal story illustrates the point too well

[Email readers, continue here…]   Early in the rapid growth phase of my computer software company, I hired an excellent, IBM-trained vice president of sales to further growth and begin our international expansion.  He did so with gusto, and for several years was directly responsible for our growth into a total of 29 countries, including establishment of six foreign subsidiaries.  Annual growth in revenues was between 50% and 100%, amazing and exhilarating.

But he had a habit of bellowing out at underperformers, bullying others to get his way, and doing so in ways that rubbed all other managers the wrong way as he dominated meetings, and made it difficult for others to contribute.  Surely a result more of his urban New York upbringing, I put up with these character traits as the cost for his amazing performance.  And you might guess that, as his superior, I did not experience any of the threats to my job or dignity that apparently all others did.

The confrontation that came out of nowhere

I received a call one day from one of my country managers, stating that he and all my senior managers would be at a meeting room in a nearby hotel the next evening at 7.00 PM, and that the vice president of sales, presently in the air traveling to the very country where the manager was to meet him, was not to be present.  I was shocked and disoriented, a CEO with no idea of the urgency of the situation that was developing, since there had been no warning.  Fourteen people, including the country managers and all the vice presidents, were to be there.

Then the meeting no CEO would want to attend

We walked into the meeting at the appointed time.  Apparently, the meeting had been going for some hours.  Everyone but the sales VP was present as anticipated.  As the 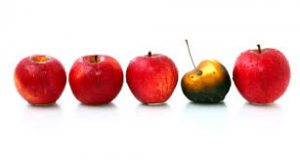 psychologist and I listened to one after another of these, my most senior talent minus one, describe the assaults to their very souls, the affronts to their self-respect, the hobbling of their ability to perform, I was overwhelmed.  There had been comments from some of these individuals in the past, but never voiced as an orchestra, and never with evidence so overwhelming and irrefutable.  As the presentations of each concluded, my senior-most VP stood and stated calmly that if I would not remove the affronting individual, each and every one of the people present had agreed to resign.  Now that’s an act of desperation or defiance rare, perhaps unique.

An industrial psychologist helps (me) the CEO

I asked for a few minutes to confer with my associate, the industrial psychologist.  You might guess that it took less than that few minutes.  As we returned to the room, I turned to the psychologist, the only third party in the room, and asked him to give the group his candid response to what he had heard.  As I recall, he stated quite clearly that in many instances he is hired to repair relationships at senior levels in companies with such problems, paying special attention to coaching and training the offender, sensitizing him or her to the traits probably not noticed in self.  But, he stated, as I recall, “This one is for the books.”  He had no advice other than to just do it and now.  Of course, I had come to the same conclusion, even though at least in the short term, sales growth would suffer.

How a difficult executive separation payed out

The rest of this story, if I took the time to tell it, would deal with the humanity of this next step, and retention of the dignity of a superior performer in all ways but one in his management abilities and in dealing with contemporaries and subordinates.  I recalled him immediately back to corporate headquarters from his landing in Asia, and fired him after discussing the reasons with care, negotiating a reasonable separation package.

The culture of the company thrived, and I could feel a collective sigh of relief from people even far below the level of senior management.  Although we had little contact after all the years, I remained friends with this superior performer to the day of his death years later.  He understood, acknowledged the personality trait that failed him as one that had haunted him in his past, and became part of the solution once he and I had all the facts on the table.

It is a story that is extreme, relies upon one fatal character trait, but in other ways probably could match one or more of your own stories to tell or someday to experience.

This entry was posted in Depending upon others, Growth!, Protecting the business. Bookmark the permalink.

5 Responses to The 18-month rule and a harrowing tale