Have you ever thought of creating an advisory board? As you can guess, that would be an 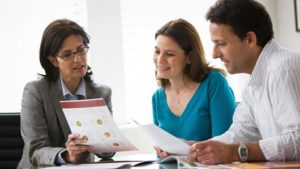 informal group with no legal responsibilities, but one able to be called upon to act as business, industry and scientific advisors to you and the company.

Usually, you would want to create an advisory board to fill in the critical areas of need not evidenced in the board of directors or within the company itself.  University professors, industry gurus, lawyers familiar with patent law and former executives of competitor companies are typical recruits you might consider. Sometimes, celebrities will agree to sit on an advisory board as a gift to the CEO, providing a bit of glamour for the company at small expense.

How many advisors should you seek for a board?

There is no limit to the number of individuals for such a board, but there is a practical limit to the amount of cash and / or stock to be allocated to these outside advisors.  The rule of thumb for an advisory board member is to expect a half to a full day each year on site, typically in a strategic planning meeting with numerous members of the staff, as well as some reasonable number of phone calls from senior members of management during the year.  Included in the “package” is the expectation that the advisor’s name will be freely used in the company’s marketing, a bio listed on the website, and occasional calls will come as references to the advisor from potential investors and others looking for deeper insight into the secret sauce of the company or state of the industry than can be provided by many on the inside.

How do you pay an advisory board?

For this, an advisory board member for a small to medium sized company should expect to receive options equal to ¼% of the fully diluted stock of the company, vesting over two years, and subsequent grants if there has been additional stock issued to dilute the advisor, bringing the advisor back to this percentage if an advisor is renewed after subsequent two-year intervals.  Alternatively, some companies pay an advisor a fee of $1,000 to $2500 per “on premises” meeting day and optionally much smaller stock grants, if any.

Additional commitments of time by an advisory board member should be compensated as would any consultant, at half and full day rates agreed upon in advance between the CEO and the advisor. There is no rule as to uniformity of pay, as some advisors may be willing to serve at no cost while others are industry consultants used to receiving fair payment for services rendered.

Are there any special documents needed for advisors?

Advisors fill blind spots in the corporate knowledge base and guide you in areas where you feel you have a personal weakness.  There is usually a formal agreement between the company and the advisor, carefully calling out the time expectation, the forms and amounts of payment, and the indemnifications from liability granted by the company to the advisor in return for confidentiality and non-disclosure of company trade secrets by the advisor.

A particularly strong advisor, especially if well known, may be named chairman of the advisory board, which is often just an honorary title, since the CEO is usually tasked with the planning of the full day meeting of advisors annually, and setting the agenda to match the needs of the corporate board and senior management.

3 Responses to How would you like a great advisory board?