Avoid the race to zero…

When do you sell your company?  Obviously we all want to sell at the top.  And there is the problem.  How do you know when you are at or near that right point to sell for maximum value?  Those of us in the business of calculating (guessing) this mythical peak in value often make the same mistake as our entrepreneurs.  We hang on just a little bit longer, expecting continued or accelerating growth and value as in previous periods of the same. 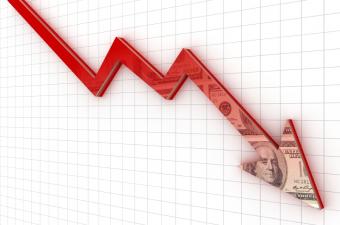 But there are wolves in the woods when it comes to entrepreneurial growth.  Companies sometime run out of cash in the midst of success, and often find that sources of loans or investment are not freely flowing at the moment of need.   Young companies have been known to outgrow the abilities of management to focus and direct them, failing to make the transition to organized, stable growth.  Competitors, seeing a successful development of a niche, flock into the competitive void with products or services built with a fresh view of the current environment.

Think of major companies, public and private, that have lost their shiny appeal over time, including Zinga, LivingSocial and Fisker in this generation – and Alta Vista in the last.

[Email readers, continue here…]  For young companies, often the question is whether to suffer a new round of dilution to stimulate growth, or to sell earlier and not share the (presumably) increased proceeds with additional investors.  Not so long ago, Basil Peters wrote his book, “Early Exits,” after analyzing 150 young companies and their exits.  He concluded that the sweet spot for valuation was in the $20–30 million sales price range, and that many, many times more deals were completed in that range than above $100 million in valuation at exit.  Adjusting these numbers to fit your circumstance, the conclusion is that waiting for higher value after sustained growth becomes more and more of a risk in the majority of early stage cases.

There are only a few Uber or AirBnB investments to point to – where the street value of the company may ultimately validate that amount of investment.  LivingSocial took in $583 million in capital in 2010 and 2011 with little left in time to show for the investment and tremendous dilution to the founders.

And some of us know from experience that, in a retrospective view, some of our entrepreneurs and their boards of directors pay the ultimate price of erasing all economic value by waiting too long.  In such instances, the phrase, “race to zero,” perfectly describes the result of a miscalculation in the name of either optimism or greed.

This entry was posted in Protecting the business, The liquidity event and beyond. Bookmark the permalink.

4 Responses to Avoid the race to zero…