Dave’s note: This week we invite long-time CEO of Quicksilver Software to respond to our question: “How have you remained relevant in the gaming software business over so many years?” He and his company have worked in the video game business since the very earliest generation of games in the early 1980’s.  His company is one of the oldest independent studios in the business.  Bill’s response is valuable for all of us…

I think the number one factor in my endurance is building strong relationships with members of my team, so that they are supportive when things go badly, as they sometimes do in this business. I’ve gotten into a bit of a hole in the past few years because of the 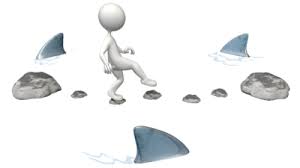 slowdown, but always tried to bend over backward to help people out and treat them as well as possible. Even when they feel they have to leave, they always tell me that their time working for me has been very positive. I develop people, and they know/appreciate that. I support them in moving on. We have a large alumni base now, some of whom bring me work now that they’re in positions of strength at other companies.

The second factor is that we deliver. In a business that’s known for contractors who perform poorly or completely collapse, we have a very solid track record. Not perfect –– there’s always the one situation where something went awry –– but for us those are few and far between. I think that comes from our ability to truly understand the problem and to propose technically realistic solutions. I get a lot of calls from people who say “I worked with you X years ago and it was great, so I want to do that again.” Recently visited one Fortune 500 company, for example, because our producer on a previous product was very happy with us and wanted her bosses to consider using our team. That’s a big win.

[Email readers, continue here…]  Third is flexibility. I once tried to focus on a single type of business, on the advice of a business development guy. Huge mistake. When we were unable to get traction in that one business, we just about lost it all. We’re successful because we specialize in “hard problems” but not in any one vertical market. It turns out that that’s a good way for small, nimble companies to survive. Interestingly, we’ve won a number of deals by being the not–offshore alternative. Most people I know have had extremely bad experiences with offshore development. I’m working with a friend who’s got a Silicon Valley startup which made the mistake of hiring a Romanian development team. They’ve promised me founders stock in their company if I fish them out of the hole, which I’m well on my way to doing.

Fourth is embracing change. We know that the market changes every few years, and we’re always looking over the horizon at new technologies. Often, I can get clients to fund efforts to learn new tech because nobody else knows it, either, and we all need to learn it. Did that with iPhone/iPad, for example, which is now a big part of our business. Now we’re doing it again with various Web toolkits, since everything we do now has a heavy back–end component. I hire people who are eager to do new things and work hard not to become obsolete.

Fifth is having a solid ability to understand client needs. Most of the time in meetings, potential customers come away with the impression that I really understand their requirements. When trying to sell your skills, that’s critical. I can do it because I’ve gotten good at drilling down below the surface and seeing the real problem that they’re trying to solve. Plus, I tend to enjoy learning about new subject matter. It’s fun to see what people are doing and to create novel solutions. We’re just starting a new project in the medical field, for example. We are uniquely effective at solving complex user interface issues, and that’s what they need more than anything else. Yet we also understand how to deal with patient privacy laws, which are critical possible points of failure.

This entry was posted in Depending upon others, Finding your ideal niche, Hedging against downturns. Bookmark the permalink.