It’s what you ask, not what you know.

A friend recently told me a story that had nothing to do with business, but unintentionally had a great lesson for all of us.  He had asked his arborist if he could move a mature tree from one part of his property to another – to make room for an addition to his home.  “Yes,” replied the professional.    “And how much would it cost?”  To which the arborist responded, “We’d charge $18,000 for that.”

Surprised by the high cost of simply moving a tree several hundred feet, the friend 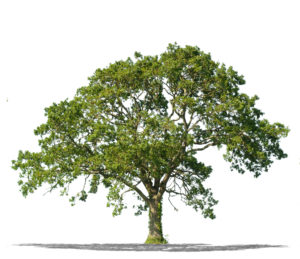 weighed cost against benefit, having a difficult time deciding whether to say ‘yes.’

As an afterthought, he asked, about how many years does this old tree have to live?  And the surprising answer from the arborist was “I’d say, about two to five years before it dies.”

That incidental afterthought of a question clarified the decision, and certainly saved money and later unhappiness.  And it points out to all of us that asking the right questions may be more important than having the right amount of knowledge.  Our friend could have been an architect attempting to protect the look of the homeowner’s property or view from a window.  He would have known the positive visual effect of relocating that tree would have created.   But he might never have known the consequence of that knowledge if never asking the critical question about the life of the tree.

Are we guilty of knowing so much but not asking the critical questions that might undermine our limited knowledge?  It is more than curiosity at work when solutions become much clearer when we have the skill and motivation to ask the right questions.

This entry was posted in Finding your ideal niche. Bookmark the permalink.